The company’s proprietary technological platform is licensed from the Weizmann Institute of Science, developed by Professor Rotem Sorek, a recognized world leader known for his groundbreaking research on the interactions between bacteria and bacteriophages.
Our platform technology consists of screening and characterization methodology of phage collections, resulting in the selection of the most promising phage candidates (“super phages”). These phages form a basis for highly effective and sustainable phage cocktails that meet multiple agricultural product attributes for antimicrobial crop protection.
The company is backed by The Trendlines Group, the Bayer Trendlines Ag Innovation Fund and the Israel Innovation Authority (IIA). 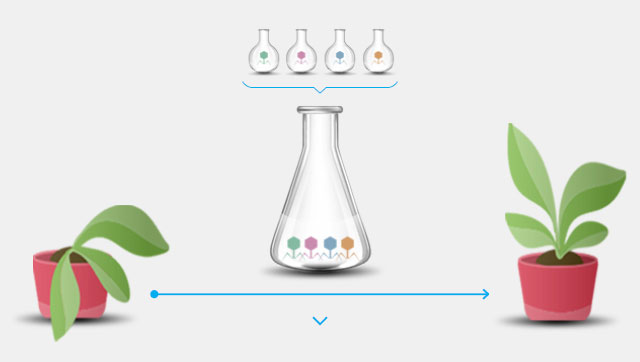 We select the best phages for our products, and generate the most optimal combinations
to create “super phage cocktails” for superior crop protection 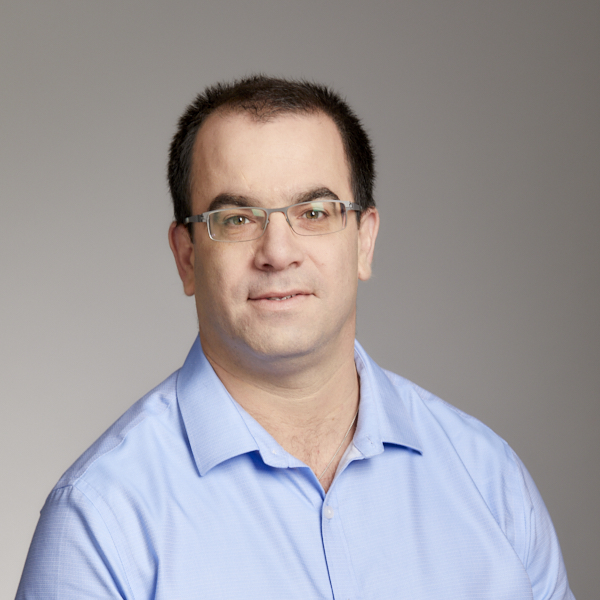 Prior to joining EcoPhage, Guy established and acted as a CEO of a leading Vertical Farming’s company named Vertical Field. In Vertical Field, Guy led the strategic direction and oversee the entire operation of the company from developing its first product all the way of leading the company to its first sales and create a global presence. Within that, he led the raised fund in an accumulated amount of ten of USD millions.

Before that, Guy headed up STK Bio-ag Technologies (STK), a leading global crop protection company as its CEO and served as a member of the board. At STK, Elitzur led the company to successful geographical expansion, creating global biological known brand and fundraising of $90 million in return for a majority stake. As part of his role, Guy oversaw the corporate direction and strategy of STK, focusing on delivering innovative biological products to the global sustainable agriculture and aquaculture markets. He led a significant growth in sales, while entering new markets and developing new growth engines for STK in the global Agriculture space

Prior to this, Guy served private and public companies in senior executive roles.  He is a licensed CPA and earned his L.L.M. from Bar-Ilan University. 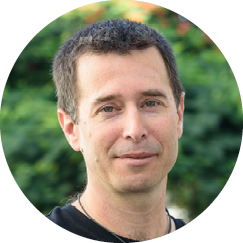 Prof. Sorek is a world leader in phage biology and phage-bacteria interactions. He holds a PhD in human genomics from Tel Aviv University, and completed his postdoc in microbial metagenomics at the Lawrence Berkeley National Laboratory. Prior to joining the Weizmann Institute, Prof. Sorek headed the Genomics Research Group at Compugen (Nasdaq:CGEN).
Prof. Sorek is an author of numerous scientific publications in top-tier journals, and an inventor of more than 35 patents. Many of his technologies were licensed to industry and he currently serves as a scientific founder of several companies, including BiomX Ltd. (Nasdaq:PHGE) and Pantheon Biosciences. He is also an EMBO member, and an elected fellow of the American Academy of Microbiology. 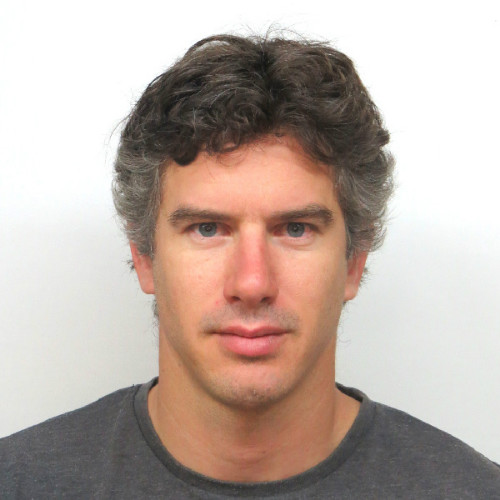 Dr. Frenk is an experienced microbiologist and bioinformatician,  working with environmental and clinical samples to interpret genomic data.

Before his current position, he was working as a Senior Researcher at the National Institute for Antibiotic Resistance & Infection Control, the Ministry of Health, where he specialized in characterizing bacterial resistance mechanism.

Dr. Frenk holds a PhD in Agroecology from the Hebrew University of Jerusalem and completed his post-doctoral fellowship at the Australian Centre for Ecogenomics, University of Queensland, Australia. 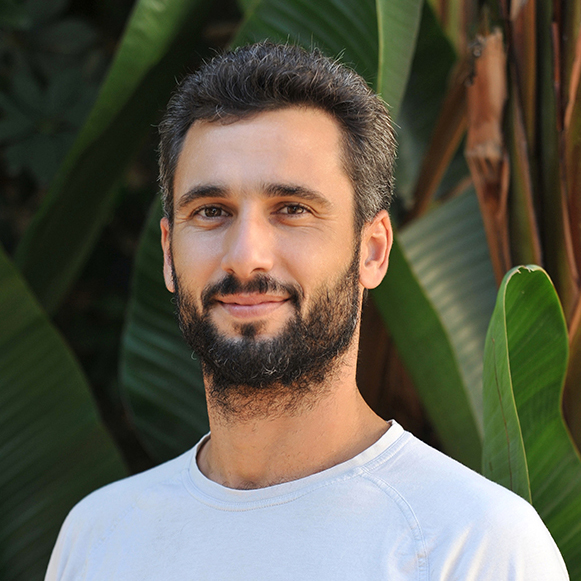 Itay holds a BSc in Plant Sciences and an MSc in Agroecology and Plant Health, both from the Hebrew University in Jerusalem

He has a wide agronomist experience including working in an ecological-biocontrol plant solution start-up. Itay specializes in plant diseases and crop protection. 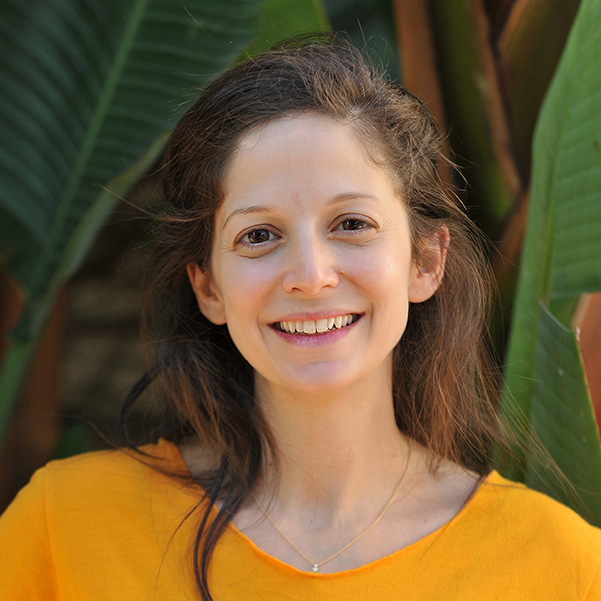 Shiri holds a PhD in Agroecology and Plant Health from the Hebrew University of Jerusalem.

Shiri is an expert in the field of bacterial plant disease with an emphasis on assay development and data analysis. She has vast experience in the development of biological-chemical bactericides for crop protection. Shiri has experience in field, greenhouse and lab environments both in microbiological and phytopathology methods. 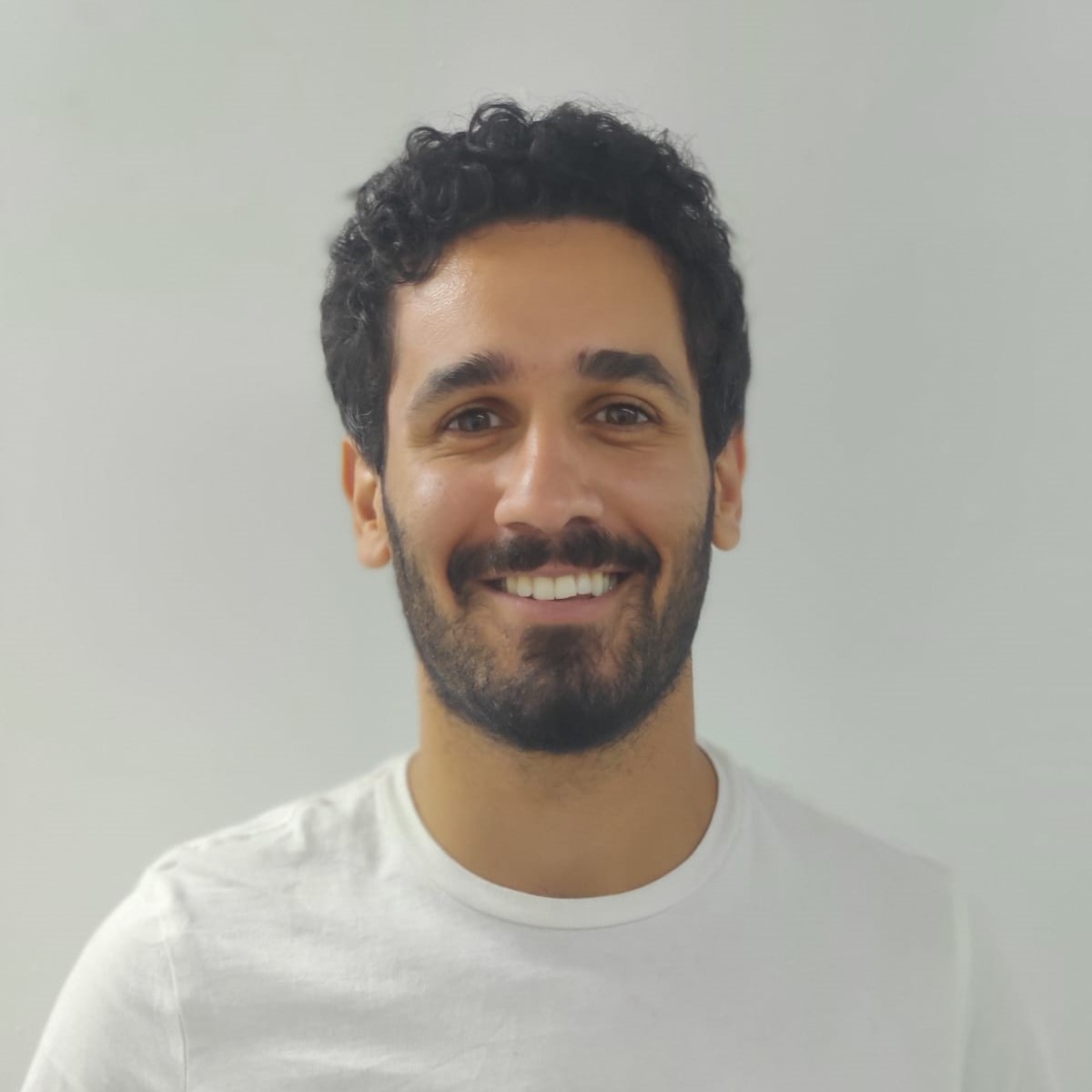 Yuval worked at the soil erosion research center, where he applied methods for soil conservation and promoting ecological-based solutions for soil and crops health. 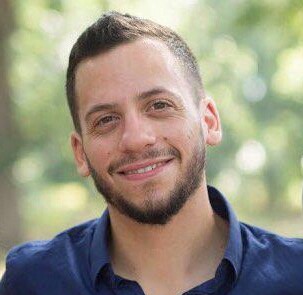 BSc in plant science from The Hebrew University of Jerusalem. 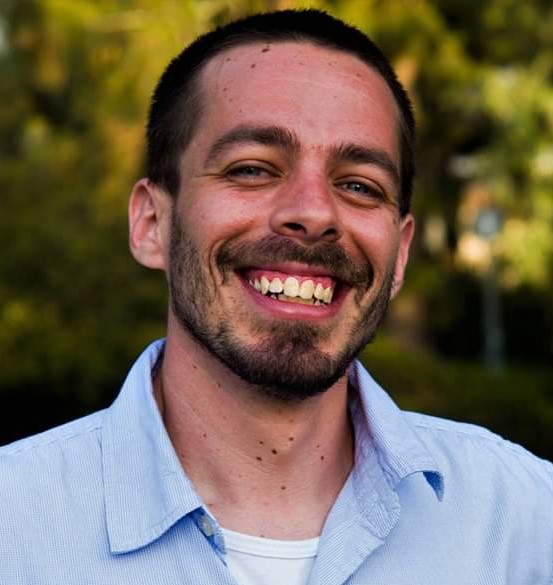 Omri holds a BSc in Agroecology and Plant Health and MSc in Environmental Studies, both from the Hebrew University of Jerusalem.

During his MSc, Omri specialized in biocontrol solutions against bacterial plant diseases and plant-bacteria interaction using various lab techniques. Omri also has vast experience in fieldwork from running his family farm and as an employee on other farms. 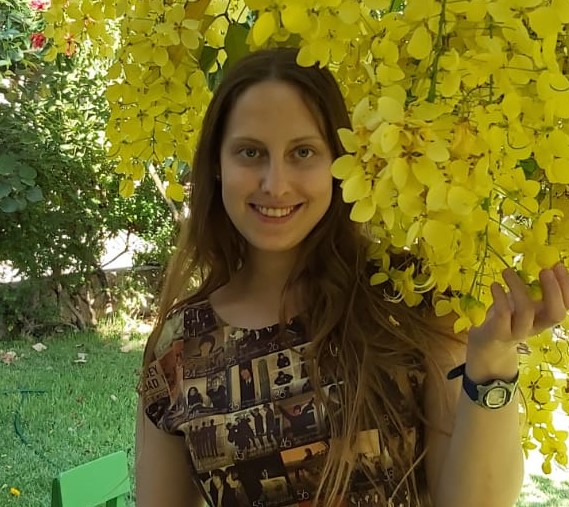 Renana holds a MSc in Plant-Sciences from the Tel-Aviv University and she specialized in Phytopathology.

Renana has Experience in the fields of Plant-Molecular Biology, Microbiology and Mycology. 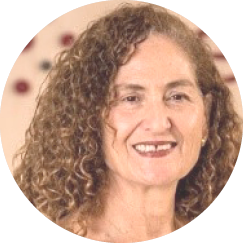 Nitza Kardish has 28 years of experience working in senior management positions at life science companies.
Previously, Nitza Kardish served as the CEO of Trendlines incubator in Israel, VP of BD at TechnionSeed, managed the business development activities at Rafael Development Cooperation; served as CEO at Clal Life Sciences and at UroGyn.
Nitza Kardish earned her PhD and MSc (Com Luda) in life science from Tel Aviv University and studied law at Tel Aviv University. She was a postdoctoral fellow in the Department of Plant Genetics at the Weizmann Institute of Science. 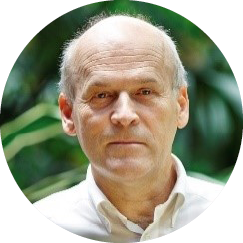 Read more
“It is hard to overstate how valuable it is to have all the incredible tools that are used for human disease to study plants.” Bill Gates, 2012.

There is a dire and immediate need for crop protection against bacterial diseases.

Farmers are seeking effective and sustainable solutions to combat over 200 bacterial diseases, which cause billions of dollars in annual yield damage to major crops globally. Current synthetic pesticides include a wide use of copper and antibiotics, yet these are insufficient due to poor efficacy and resistance development of the disease-causing bacteria. Since many common synthetic pesticides have environmental repercussions their use is being further limited due to regulation and public pressure. Antibiotics are less accepted publicly, especially due to their antimicrobial resistance, which is one of the biggest health concerns of this decade.

Bacteriophages have been recognized as natural enemies of bacteria for decades. These entities efficiently eradicate only the target bacteria and are inert to humans, animals, and plants, making them promising candidates for targeted biological crop protection. However, because of insufficient efficacy and lack of technologies for pinpointing the “right” phages, this promise has yet to be exploited for achieving highly effective solutions that can withstand bacteria resistance.

Safe
No effect on humans, animals, plants, and beneficial bacteria

EcoPhage is at the forefront of crop phage biocontrol. Our solutions rely on rationally-designed bacteriophage cocktails that target and eradicate harmful bacteria on crops. The company’s proprietary technological platform screens its enriched phage collection, characterizes and selects the promising phage candidates to be used as a basis for highly effective and sustainable phage cocktails for antimicrobial crop protection.

The company is currently targeting two indications consisting of key pathogens, which cause significant damage in tomato and pepper plants worldwide. Future product expansion will be based on market needs. EcoPhage only uses non-GMO, naturally occurring phages. These undergo extensive screening, characterization, and selection processes to generate the most efficient “super-phage” cocktails. We are committed to delivering superior products to farmers that can aid in the fight against bacterial plant diseases. 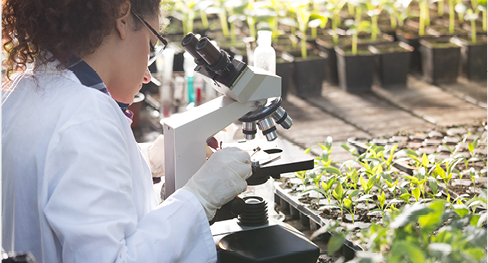 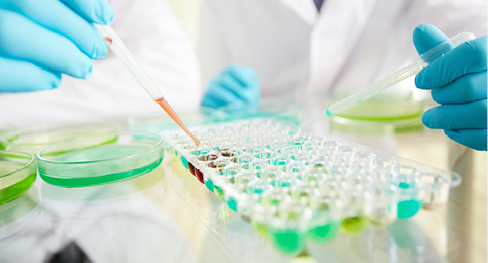 Phages are the most abundant entities in nature, with their number estimated at >1031. However, only a small fraction of phages possess all the attributes required for product development, and of these, only a subset can be used synergistically in a cocktail.

At EcoPhage, we have the technology platforms and know-how to identify and select these “super phages” that are the most suitable for use in crop-phage treatment. 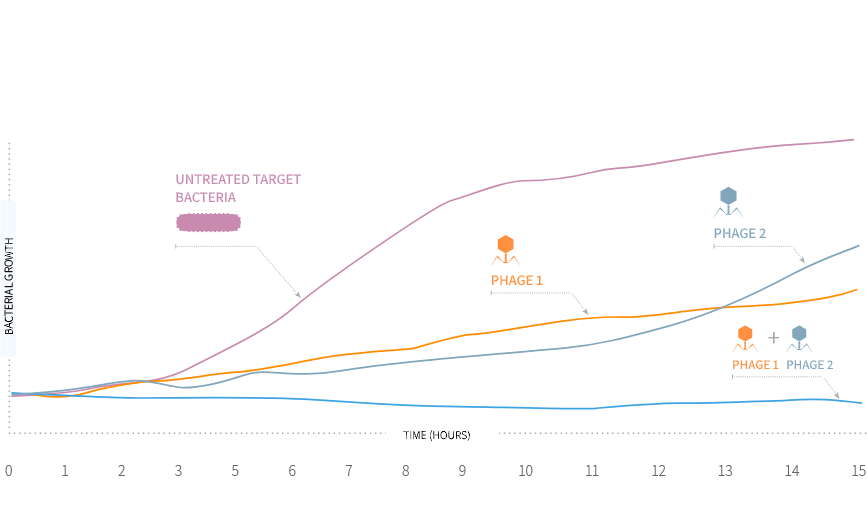 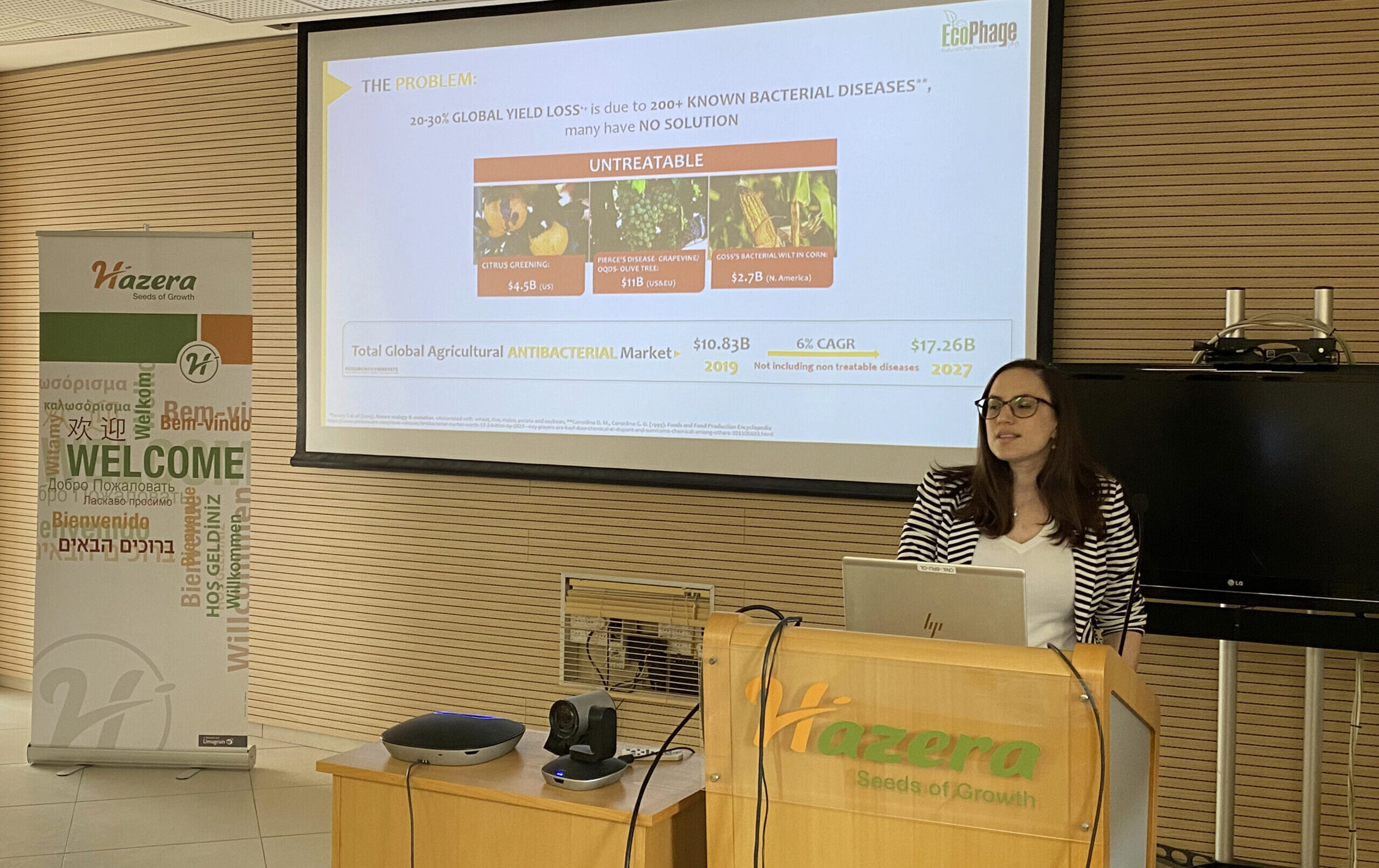 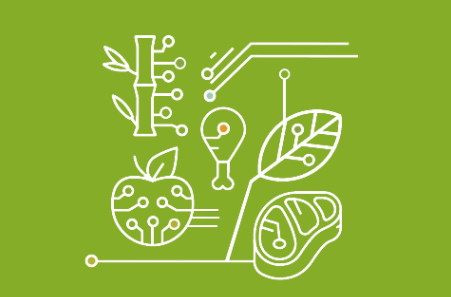 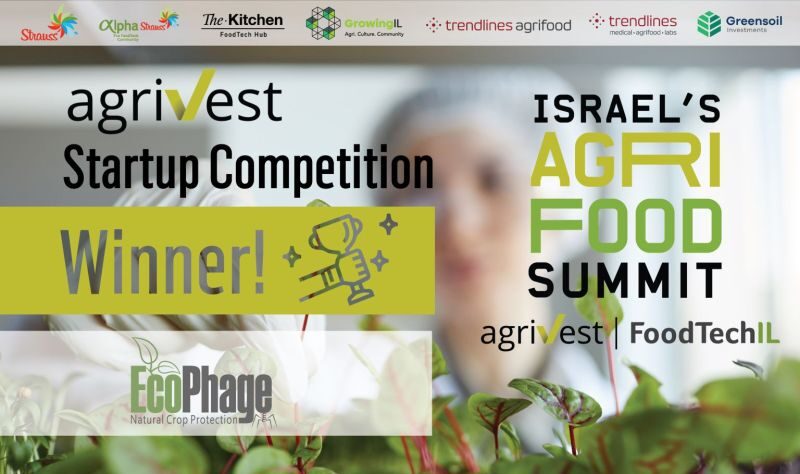 WE DID IT! EcoPhage is the winning company of the Agri-Vest 2021 event 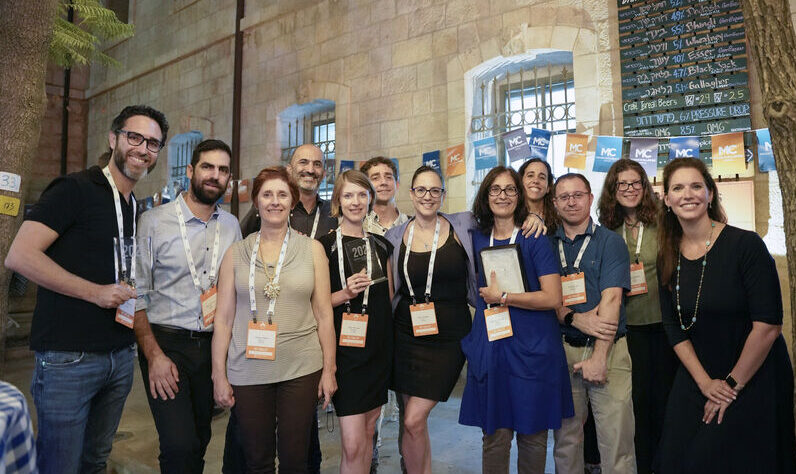 We are pleased to announce that EcoPhage was selected as one of the nine top startups of the 2021 MassChallenge Israel cohort. 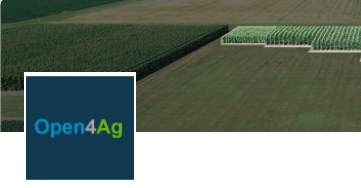 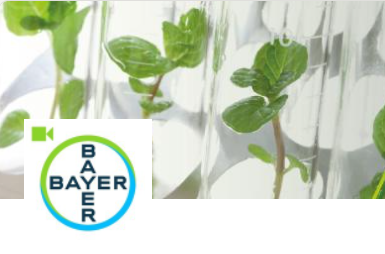 Dr. Orly Savion, EcoPhage CEO is one of the speakers at "Ag Tech in Motion"- an event by Bayer. 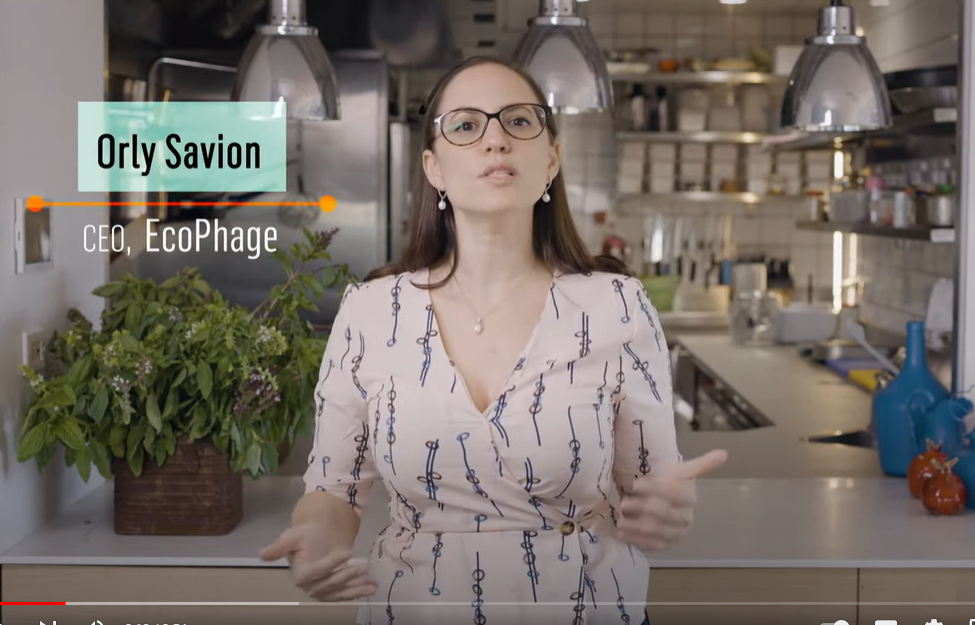 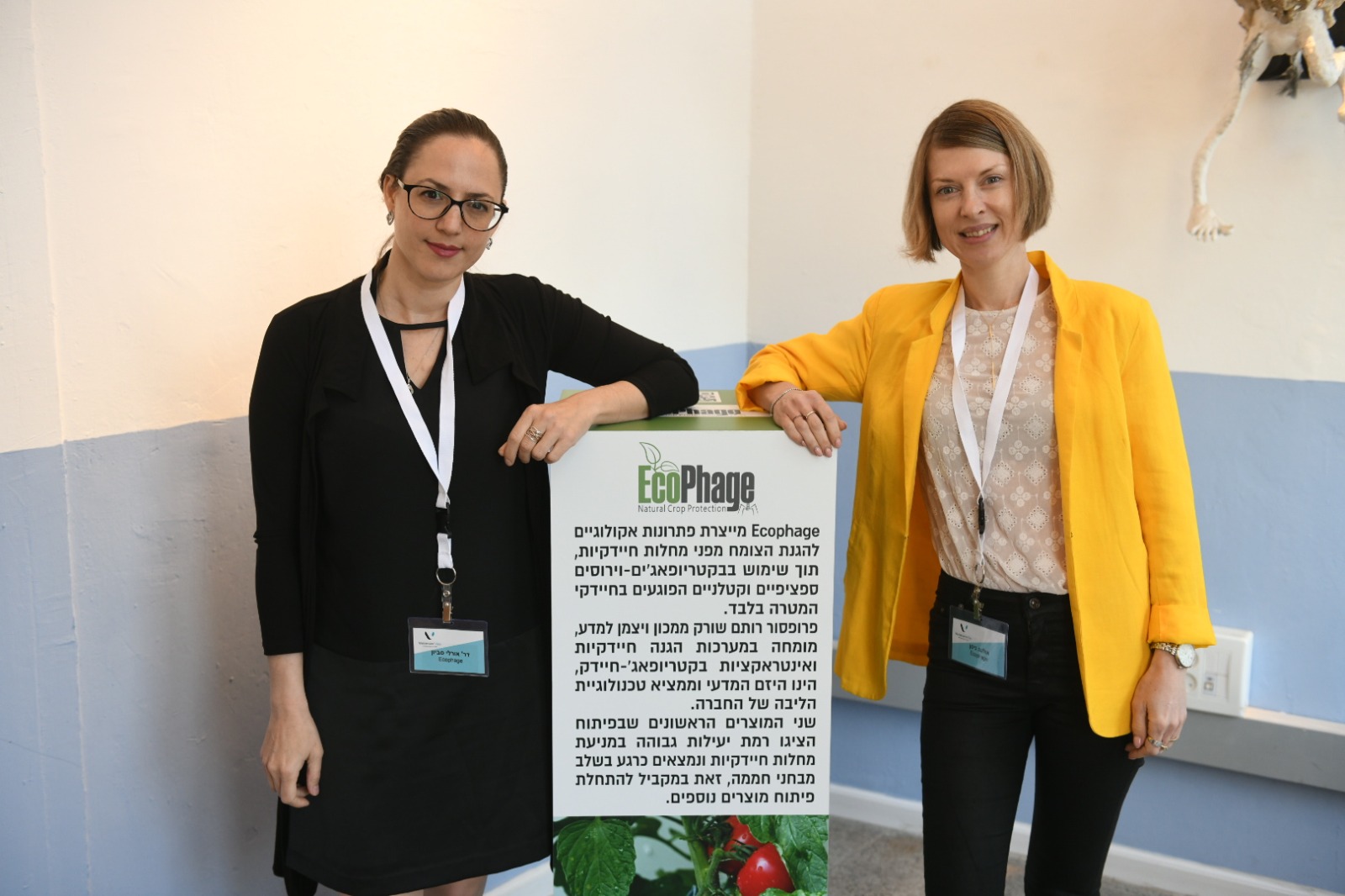 Bacteriophages (aka phages) are natural enemies of bacteria, derived from the Greek word “phago” which means to eat, making them “bacteria eaters”.

Phages are natural entities that exist everywhere in nature. In fact, we encounter millions of phages on any typical day. They effectively kill their target-specific bacteria without affecting anything else in their surroundings and are safe for humans, plants, and the environment.

Two major attributes make phages a lot more desirable for biological control:
1) Specificity: Phages are highly specific and only kill target bacteria, whereas antibiotics may harm many bacteria indiscriminately no matter if they are beneficial or damaging to the ecosystem.
2) Self-amplification: An antibiotic is only as useful as the concentration applied. Therefore large amounts are needed in order to be effective. Phages, however, can self-amplify at the site of infection in a chain reaction, i.e. each phage can multiply and kill thousands of bacteria.

Bacteria are becoming resistant to antibiotics due to naturally occurring genetic mutations. The bacterial resistance creates an undesirable need to use increased doses of existing antibiotics as well as a demand to find new antibiotics to overcome mutations (very limited possibilities).

Phages are naturally, eco-friendly accruing antibiotics against specific bacteria. In order to overcome a bacteria’s ability to develop resistance to phage-based solutions, EcoPhage rationally designs cocktails of super phages. Phages are selected based on their ability to kill target bacteria through different pathways. So, it is highly unlikely that bacteria will develop resistance against all cocktail phages while still maintaining their ability to cause disease.

The source of our phages

Our phages are derived from nature! Phages are found everywhere that bacteria exist. We collect our phages from many diverse sources.

Phages are used for protection/therapy

Phages have been used successfully for more than a century to combat bacterial infections. They became less popular when antibiotics were discovered and commonly used, but now, phages are making a massive comeback as more and more antibiotics become useless due to antimicrobial resistance.

Does EcoPhage use genetically modified phages?

No, we only use natural phages. We believe that with such great diversity, this gift from nature is all we need. It is simply a question of finding the best phage combinations for the job.

What happens to the phages after they kill the bacteria?

Phages can only multiply in the presence of their bacterial targets. Once all target bacteria are destroyed the phages become inert and eventually biodegrade back into the environment.

What sort of safety tests will your products undergo?

As with any biological product, our phages will undergo specific regulatory pathway testing before being released for commercial use. The process involves presenting product efficiency against target bacteria and safety usage for agricultural applications.

EcoPhage Ltd. 3 Pinhas Sapir Street, Nes-Ziona, Israel
We would love to hear from you, please email us at info@ecophage.com or use the online form